Xi'an, located in central-northwest China, records the great changes of the country just like a living history book. It served as the ancient capital of China for 13 dynasties. As the starting point of the Silk Road, the city has won a reputation all over the world. More than 3,000 years of history including over 1,100 years as the capital city of ancient dynasties, have endowed the city with an amazing historical heritage, making it one of China's most popular tourist destinations.

The Terracotta Army- the great archeological excavation of Qin (221BC-206BC) Terra Cotta Warriors and Horses unfolded a strong army of altogether 7,000 life-size pottery soldiers, horses, chariots and weapons arranged in battle formations symbolically, guarding the tomb of Emperor Qin Shi Huang. The grand Mausoleum of the first emperor of Qin and the warriors and horses buried in loess for over 2,000 years amaze every visitor there. Now the Emperor Qin Shi Huang's Mausoleum Site Park was just built on the entire tomb site to offer more spots worthwhile exploring.  It is a major tourist attraction in China and is visited by hundreds of thousands of visitors from all over the world including many state leaders and dignitaries.

City-wall was first built in the Ming Dynasty (1368-1644). As one of the largest ancient military defensive systems in the world, it is the most complete city wall to survive in China. It also offers aexcellent views of the surrounding area, you can even take a cycling trip on the Ancient City Wall.

Big Goose Pagoda is one of the oldest structures in China. Originally Big Goose Pagoda consisted of a brick structure of five stories and was about 60 meters high, first built in 589 A.D. in the Sui Dynasty. Between AD 701 and AD 704 during the reign of the Empress Wu Zetian five more stories were added to the pagoda making ten in all.  It is one of the city's most distinctive and outstanding landmarks, possibly the most beautiful building left in Xi’an today.

The Forest of Stone Tablets was originally built in 1087. It holds a big collection of steles in China. It is a classical courtyard styled structure at the site of former Confucian. The museum has an area of over 30,000 square meters. It is one of the centers of ancient Chinese stone-engraving classic. It is also the center of the works of art of noted calligraphers of past dynasties. The numerous standing steles likens a forest, hence the name "Forest of Steles". With a history of over 900 years, it is an art treasure well known at home and abroad.

Shaanxi Provincial History Museum is a must on your Xi’an trip. It is one of the four largest museums in China. It is a giant architectural complex in the Tang-dynasty style. It occupies an area of 70,000 square meters, and the construction area being more than 50,000 square meters. It focuses on the highlights of the Shaanxi culture and depicts the development of the Chinese civilization.

Mt. Hua is one of the five sacred mountains in China famed for precipitous crags, narrow and steep paths. Many visitors choose to climb the mountain at night and wait for the sun rise on the top.

Food Paradise
Xi'an is famous for its unique and delicious food. It has been selected by the CNN as the Top 10 snack paradises in Asia, favored by domestic and foreign tourists. 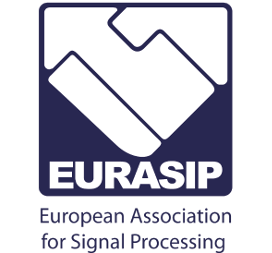