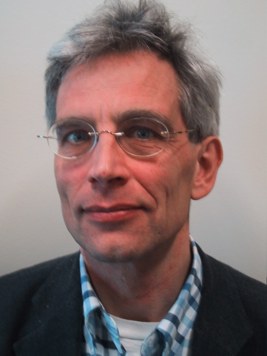 - Title of the talk:
What can be derived from an instance?

In the end, computer vision learning is built from instances. When picture costs are low, much lower than documenting an instance, it pays to get the most out of each instance. Where searching for an instance in a large database is a relevant and hard problem by itself, tracking also can be perceived as locating the instance over time, as much as re-identification can be perceived as establishing whether the instance reappears in the scene again. Instance analysis is therefore key to many computer vision problems. The problem of instance analysis is hard. From the one instance, one needs to get hold of all accidental variations in the target’s appearance for this view as well as one has to derive information on all seen and unseen views of the instance. Instance search started as generalized matching salient points, equivalent to searching for matching sets in the image, in feature space, and by emphasis of the similarity function. The matching approach is suited for rigid targets: logos, buildings and scenes, who are effectively flat and one-sided. The approach is unsuited for rigid 3D-objects as the variability in viewpoint variations exceeds the matching capacity and cannot handle large differences in viewpoints. 3D-attributes are needed to capture the knowledge how objects look from any sides given only one view. We will demonstrate that such attributes can be learned for structured objects, like shoes. And, these attributes can then be used to identify previously unseen targets from one view only. The approach fails for arbitrary objects, however. In such cases, we first learn how objects appear in general given one arbitrary view by employing Siamese networks learned on tracking data. The network can then be applied to establish the yes-or-no similarity of different views of an arbitrary, previously unseen object in general. The success of the algorithm suffices to reach state of the art results in tracking (which is similar yet simpler than instance search). Current research is on learning more about object variations in general by structuring the network or structuring the data input for the purpose of knowing all there is to know about an instance.

Currently, I lead the Intelligent Systems Lab Amsterdam. ISLA is composed of three groups. The IAS group researches intelligent autonomous systems and the ILPS group investigates information and language processing. The Intelligent Sensory Information Systems group, ISIS, conducts research in the theory, practice, and implementation of multimedia information analysis. In this group, my scientific interest is in computer vision, content-based image and video retrieval, tracking, learning, and pictures and language. ISIS has an extensive record in co-operations with Dutch industry and long-term relations with the Nederlands Instituut voor Beeld en Geluid and the Nederlands Forensisch Instituut. Since 2001, I am director of MultimediaN, a nation-wide, large program for multimedia information processing supported by the Dutch government. I am currently also director of ASCI, a nation-wide research school on computing and imaging. I am an associate editor of the International Journal of Computer Vision and of the IEEE transactions on multimedia. Since 2000, I am elected fellow of International Association of Pattern Recognition, and I am a honorary member of the Dutch Society for Pattern Recognition and Image Processing.

As concerns the past, in 1987, I received a Fulbright grant for a visiting associate professorship at Yale University. I was visiting professor at the City University Hong Kong and ETL Tsukuba Japan. I was associated editor of the IEEE transactions PAMI as well as Cytometry. I served as the treasurer of the Faculty in 1996-1997, director of the institute 1997-2001, and as a director of educational programs 2001-2004. In 2005, I was chairman of the organizing committee of the IEEE International Conference on Multimedia and Expo 2005 in Amsterdam.