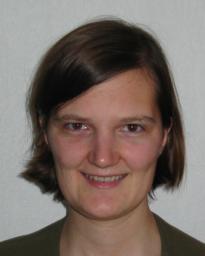 - Title of the talk:
Learning one task after the other

CNNs have broken all records on virtually any computer vision benchmark we know. However, the current paradigm seems to be to train a new model (either from scratch or by finetuning a pretrained model) for each new task and for each new dataset that pops up. This is in strong contrast with human learning, where multiple tasks are solved using a single brain, and knowledge about previous tasks is reused when learning a new one. In this talk, I'll talk about our efforts in scaling up to multiple sequential tasks, in contrast to the traditional scheme of supervised learning. In a lifelong learning setting, an agent (learner) needs to learn multiple tasks sequentially during its lifetime. To ensure the scalability of this scenario, data from previous tasks shouldn’t be stored and the knowledge acquired from previous tasks should be retained rather than forgotten such that the agent can successfully perform all the previous tasks that it has learned.

I received a Master of Electrical Engineering from the K.U. Leuven, Belgium in 1996. Since my graduation, I've been working at the VISICS -lab within ESAT - PSI of the Katholieke Universiteit Leuven, where I defended my PhD on december 19, 2000, entitled "Local Invariant Features for Registration and Recognition". During most of 2006 and early 2007, I was also parttime (20%) visiting scientist at the LEAR group ofINRIA in Grenoble. Summer 2008, I visited the Making Sense from Data group at NICTA in Canberra, Australia. Summer 2010 I visited Trevor Darrell's group at ICSI/EECS UC Berkeley.